Posted at 18:42h in Standard by J. Darrin Gross 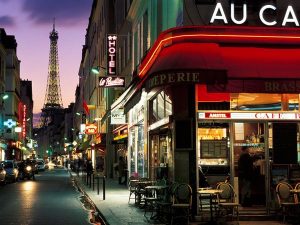 Paris[/caption] Paris – Terrorism Risk Insurance Act Revisited; The terrorist attacks in Paris on the citizens of Paris by the cowardly terrorist reminds us of the importance of safety, at any cost.   Similar to 9/11, when America was attacked and our safety was threatened, there were multiple changes to the way we live that now seem ordinary, and widely accepted in order to preserve the safety we all seek in the place we call home. The new Transportation Security Administration, TSA, works to protect us when traveling by air.  In the name of safety, we agree to remove our shoes, subject ourselves to body scanning, luggage x-ray, and more.  While this is inconvenient compared to traveling prior to 9/11, the results speak for themselves; no new attacks on US soil.

Another not so well recognized act passed as a result of 9/11 was the Terrorism Risk Insurance Act (TRIA).  This was a reaction to a new risk the insurance industry had no way to adequately reserve for or predict the impact of the risk. If you are in the insurance industry, or you are responsible for purchasing insurance for your company, you remember, that when 9/11 happened, there were some dramatic changes in insurance that lead to the creation of TRIA. The insurance marketplace was facing the possibility of unlimited loss, with no way to accurately prepare for a potentially unlimited loss. In light of this new risk, Congress passed the Terrorism Risk Insurance Act, which provides: Summary: Since 9/11, there have been no Terrorist attacks on American soil.  This is great news.  However, the Paris attacks demonstrate the wide disbursement & ease in which radical terrorist can strike instantly.  These terrorist are willing to risk their own life to kill citizens and destroy property.   Insurance buyers must re-evaluate, their willingness to Reject TRIA coverage for minimal annual savings.  The risk is real and worth more than automatically rejecting the notion it could never happen here. [author title=”About the Author”]]]>